How to Think Critically, and for Yourself, in the Information Age – LOP094

Recently, someone I follow and highly respect on Facebook, whose training programs I have paid to take part in, posted praise for an author and so-called intellectual for whom I have no respect – Jordan Peterson. In the post, my colleague praised both Peterson’s character and his book, “12 Rules for Life.” I wrote a comment to suggest that Peterson’s moral ethics were questionable, and that just because he's published a popular book doesn't he’s an expert in that genre, or that he’s someone that others should emulate. What if someone has something of value to say in one area, but on other subjects you vehemently disagree?

Recently, someone I follow and highly respect on Facebook, whose training programs I have paid to take part in, posted praise for an author and so-called intellectual for whom I have no respect – Jordan Peterson.

In the post, my colleague praised both Peterson’s character and his book, “12 Rules for Life.” I wrote a comment to suggest that Peterson’s moral ethics were questionable, and that just because he’s published a popular book doesn’t he’s an expert in that genre, or that he’s someone that others should emulate.

What if someone has something of value to say in one area, but on other subjects you vehemently disagree?

In the case of Peterson, he refuses to respect the rights of trans individuals to be called by their name and pronouns of choice. He’s gone so far as to call for the abolishment of the Ontario Human Rights Tribunal. Given the work I do – my LGBTQ advocacy and the fact that I am an out gay man – it behooves me to stand up to this kind of intellectual bully. Peterson is a white, cis male who refuses to give up an iota of power (that he falsely believes is being threatened) when it comes to respecting human rights. In all seriousness, why is it so difficult for Peterson to call a person by their preferred pronoun? This goes beyond human rights, landing squarely in the realm of personal arrogance.

He makes this general statement in his classroom citing unnamed lawyers (clearly he picked points that he wanted to hear without a shred of opposition). This alone should cause one to be concerned about the man’s intellect and ethical fortitude. The Human Rights Tribunal operates effectively and fairly because it is, in fact, a real quasi-judicial body operating under clear and defined rules and procedures – quite the opposite of a kangaroo court. Peterson has a clear agenda to undercut the authority of the Tribunal and the desire to do away with the Human Rights Act itself because he doesn’t want to be “forced” to call another human being by their preferred pronoun.

Canada is not a militaristic country. Canada is not an oligarchy. Canada is not a communist state. Canada is not ruled by a dictator. To compare the Ontario Human Rights Tribunal to a kangaroo court does a disservice to what it means to be a Canadian. If anything, Peterson has taken a page from the capitalist, American approach to power and is acting in a very unpatriotic, un-Canadian way. This has nothing to do with freedom of speech but everything to do with respecting the rights of the individual to be treated fairly and equally in the county of Canada. 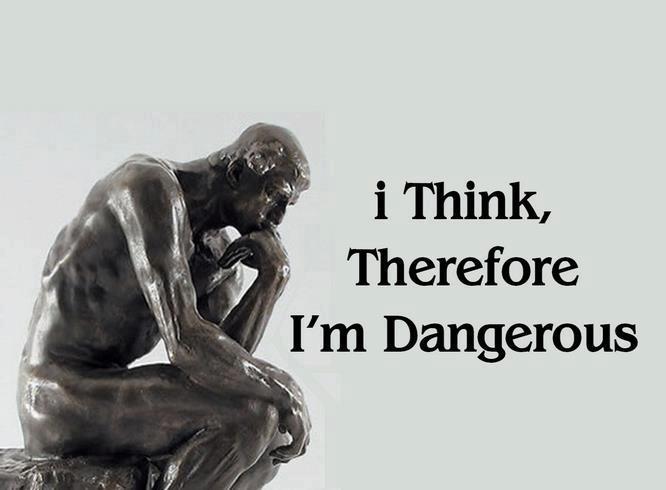 How to interact with friends, colleagues, or a mentor who praises someone you know is highly problematic or controversial?

The first step is to know the medium. Where did this happen? In this case, the correspondence took place on Facebook. Social media presents significant challenges when trying to make a specific point. The medium itself restricts and constricts how you can get your point across. People leave comments, memes, or icons, and then comment upon comments. At some point in the thread, the original line of thought is no longer the intention of the message. The medium serves the purpose to distract from learning something new or thinking differently. Each comment potentiates serving the ego by making a point to defend your point of view. This presents a serious problem for effective communication.

This is what I attempted to do. I offered the suggestion that we need to understand that our mentors are just as human as we are. I shared a link to my podcast, The Hateful Prejudice and Elitism that is Jordan Peterson – LOP056, in which I criticize Peterson because it was clear my colleague didn’t know this information. That doesn’t make my colleague a bad person, nor did it make me think any less of him. There is so much information available to us that it’s easy to be ignorant. This ignorance is not neglect or bad behaviour, it’s a fact of life. Thankfully, my colleague was willing to look at the information I shared. What became problematic were the other people who decided to jump in with their opinions.

I did not want to start a fight, which is why I made some statements and backed it up with a link to my podcast, and a link to an in-depth article by someone else who backed up their research with references. What I soon discovered was that trying to change minds on Facebook (which is even harder to do on Twitter) is exceptionally difficult. One person made reference to how people on the left get upset when they don’t feel included around issues of equality and that they then act like snowflakes.

I’ve heard it said elsewhere that people on social media who use general and undefined terms like neoliberalism, the left, or snowflakes want to appear intellectual. Essentially they don’t have to do the hard work of thinking for themselves. They want to have one creed, or one leader, that allows them to prejudge the world and everything easily.

It only took me a moment to click on this person’s profile page to see that he was a white male. I cannot assume his privilege, but let’s just start with that first fact: white male. How easy is it for someone to call other people weak – a snowflake – when they have never suffered prejudice, racism, sexism, etc. for wanting to be an equally respected human being? This is a careless and thoughtless reaction which results in indirect bullying.

Social media is the perfect place to demonstrate the absence of empathy.

I chose not to participate any further in the discussion and turned off notifications to the post. I could have created a steel-man argument, summarizing the other people’s arguments to help them see that I understood their point of view. From there I could’ve suggested how they could use empathy to understand my viewpoint. What I decided is that, as the comments on the Facebook post became more deeply nested, the more difficult and unlikely it was becoming to change hearts and minds. There was only one solution: use a different medium (this article and a podcast).

Changing hearts and minds requires patience, time, and either face-to-face interaction, or a longer form medium like a podcast episode or an article that someone can read and reread to dissect the ideas presented, and to understand and evolve their own thoughts and ideas.

To think critically, you have to first think for yourself.

In the first instance, this means getting off platforms like Facebook or Twitter. I don’t mean deleting your profile, rather step away from the discussion or argument and take some time to reflect. If there’s something you don’t understand, do your research and look for both supporters and detractors on the subject. If there’s something you’re telling yourself that you refuse to believe (because you think you’re right), ask yourself, “Is this true? Could I be wrong?” Or, “Is there something I don’t know that might change my mind?” 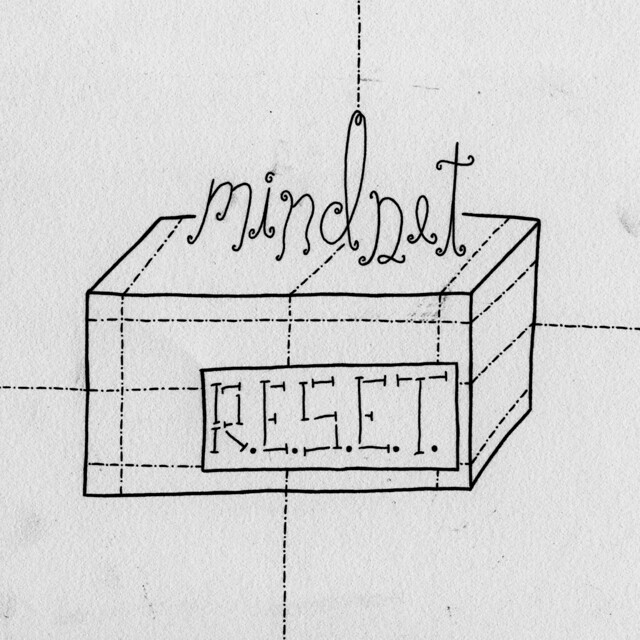 A growth mindset requires both the time to evolve, but more importantly, the willingness to seek out new and possibly uncomfortable information along with the willingness to contemplate what that means to you. Notice how your body feels as you challenge your thinking. Is your heart racing? Are you getting upset? Are you furrowing your brow not wanting to accept this new information or different points of view? The more emotionally attached you are to an idea, the more difficult it will be to change your thoughts and beliefs.

Beliefs are not reasonable

A belief in something, which can also be called faith, has no factual reasoning. There’s no proof that God exists in a comparable way to how we substantiate things with scientific reasoning and discovery. If you simply believe something to be true that does not make it so. The more your beliefs are built upon faith or emotions, the more easily you will get sucked into believing what other people tell you, groupthink, and other potentially dangerous patterns of behaviour.

Evolving how we think and modifying our behaviours and opinions is challenging yet rewarding work. The more you can substantiate your point of view, the more of a critical thinker you will become. But beware the lack of empathy for others, and the social media default to immediately defend your point of view, before doing your homework to determine the source or the origin of the message in question.